Ladybird - small, popular and crawly. Who does not like them - the cute red beetles with their many dots. Here you get explained how to make ladybirds.

We have put together two ways for you to make your own ladybird.

To make a ladybug, you'll need

Ladybird tinkering - How it is done:

First you print out our handicraft template ladybird.

When you've done that, you cut out the pieces. These are your ladybug stencils now. For the body of our ladybird we need black clay paper. Use a pencil to transfer the stencil with the ladybird body onto the paper. Then you just cut that out. ( Tip: If you can't see the borders properly, use a white crayon for the borders :-) To make the wings of the ladybird, take the red clay paper and use the other stencil to draw the outlines.

Then glue the wings onto the body. Now our ladybird still needs his points. Use a black felt-tip pen and paint as many dots as you like. Finally our ladybird is missing its eyes. Stick two wobbly eyes on your head and our little crawling bug is ready and can decorate your room.

With a few folding techniques you can make a cute ladybird out of a simple piece of paper. To fold such a beetle, you first need a red sheet of paper in the shape of a square ( You can find the instructions in pictures below :-)

Step 1: Now fold your sheet once diagonally in the middle.

Step 2: Then fold both tips diagonally upwards so that you get a square again. These are our wings now. Ready is our red ladybird! Have fun doing handicrafts!

Step 3: Fold the lower tip facing you upwards by a few millimetres. Open the wings, fold the tip and close the wings again.

Step 4: Now you take a pair of scissors and cut out the body of our ladybird so that it is oval.

Step 5: Now you can paint the ladybird with the black felt-tip pen a head and its points. If you want, you can glue two more wobbly eyes on him.

Ready is our red ladybird! Have fun doing handicrafts! 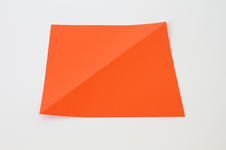 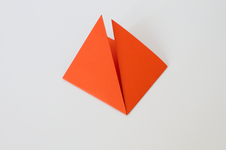 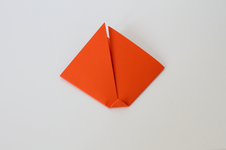 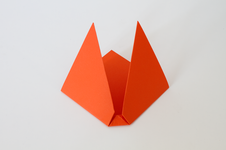 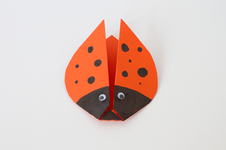 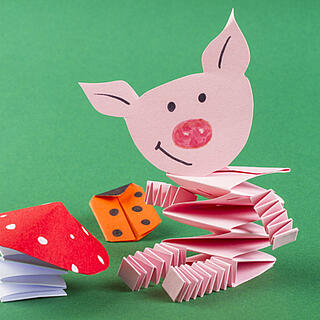 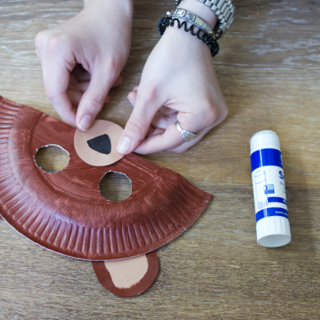 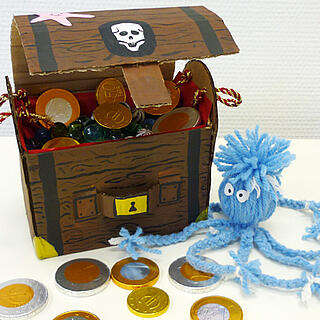 Treasure chest tinkering made easy - with template for downloading and printing.